The first taste of a Belgian Strong Ale: scents and aromas 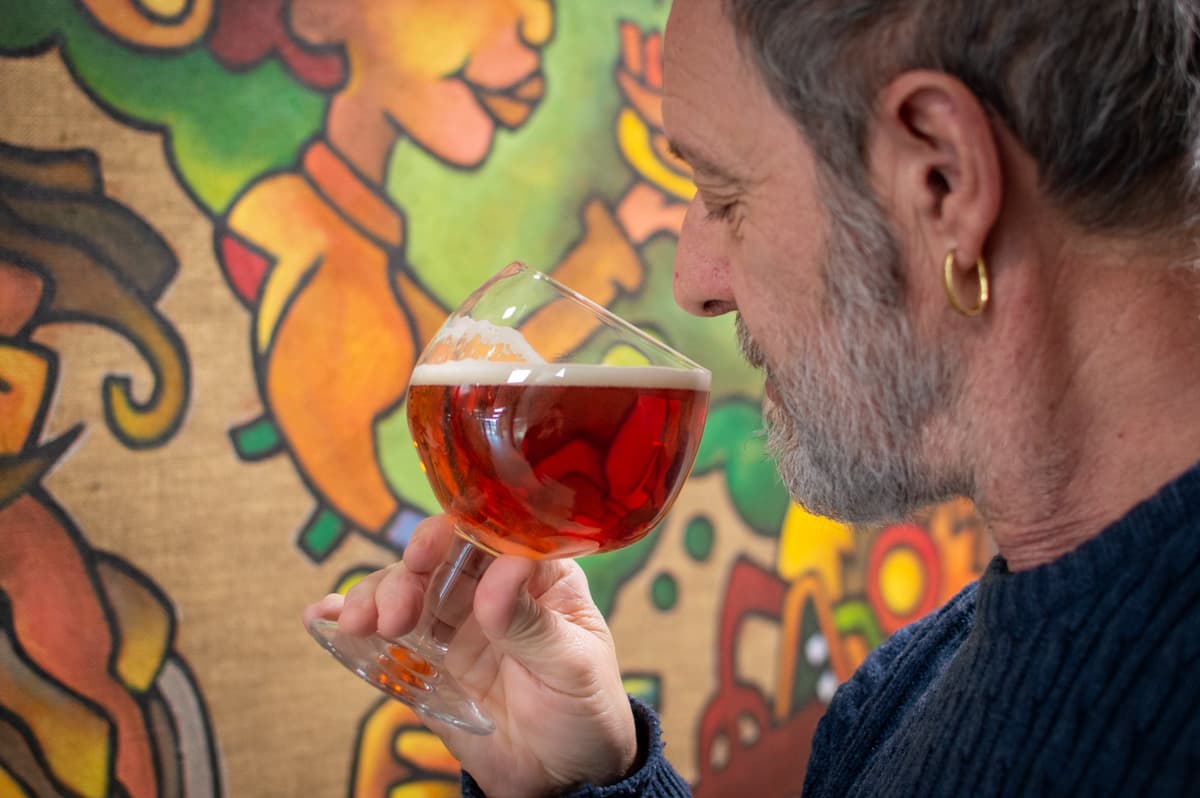 You have probably already heard a similar dialog before. If you don’t find anything wrong with it, your knowledge of beers needs a little strengthening.

What does the color of a beer tell us? Not much, unless it comes from the use of fruit or other special ingredients. But, generally speaking, it depends of the type of malts that have been used.

A straw-yellow or golden beer is only made with pale malts that have been dried at moderate temperatures. An amber beer is made with caramelized malts and has aromas ranging from cookies to shortbread, maybe with some hints of caramel. A dark beer, instead, is made with toasted or roasted malts and, therefore, its aromas can range from hazelnut to nougat, espresso coffee and 100% dark chocolate.

The color of a beer, however, does not tell us anything on its taste, body or alcohol content. In other words, whether it is pale, amber or dark, any beer can be mainly sweet, bitter, or acidic. Also, we can have pale beers with 14% ABV, and dark beers that are only 2%.

It now becomes very clear that the first sentence in the dialog is just plain wrong. But the second one is too, as dark does not necessarily mean black. While we can legitimately expect roasted notes from a black beer, as well as hints of pure licorice, when a beer has the color of chestnuts, hazelnuts or fall leaves, the expectations should be completely different.

Among dark, non-black beers, Belgian Dark Strong Ales deserve particular attention. This is a very large category, which also includes the sub-family of Dubbel beers. Their name comes from the old habit of monks to write a certain number of “X” on beer barrels to indicate their growing alcohol content: one Enkel, i.e. one cross, marked the lightest ones, a Dubbel, two Xs, marked medium beers and a Tripel, three Xs, the strongest. Current beer styles, however, have only kept the name and not the organoleptic features of these old specialties). Quadrupel beers are also included: a modern, commercial denomination given to beers whose alcohol content is higher than both Dubbel and light-colored Tripel.

The characteristics of the style

What are the key characteristics of this type of beer? First of all, toasted and roasted malts are used in very small quantities, or not used at all. The brown color is mainly the result of a distinctive ingredient of Belgian beer-making: candied sugar - in this case in its darker version.

Therefore, we will not find scents and aromas of espresso and dark chocolate, but rather of walnut, hazelnut, toffee, milk chocolate pralines, almond nougat, cane sugar...

Why adding sugar to a beer...? Is it a trick to save money?

Not at all. Candied sugar - which looks like large hollow cubes, a bit like extra-large ice cubes - is added at the end of the boiling phase to feed yeasts with something that they can easily digest. Saccharomyces yeasts happily start a vigorous fermentation, thus producing a beer with a high alcohol content, but a light and dry body. With the help of a gentle, yet lively carbonation and a creamy and velvety texture, the resulting beers are very easy to drink.

The fruity esters released by the top fermenting yeasts are another distinctive feature of Belgian beers. Belgian Dark Strong Ales are characterized by notes of ripe pear, dried dates, figs and plums, or even raisins and candied cherries. Often, the phenols from the yeast can give a hint of black pepper. A very light ethyl alcohol pungency can be tolerated, unless it develops into something that is more reminiscent of solvent.

As expected, the tastes are in the realm of sweetness, with touches of nuts, oven-baked pears with a dusting of cocoa, and dried figs. The bitterness is there to ensure the right balance of tastes and create a dry and clean finish that makes you want to take another sip of this foggy delight.