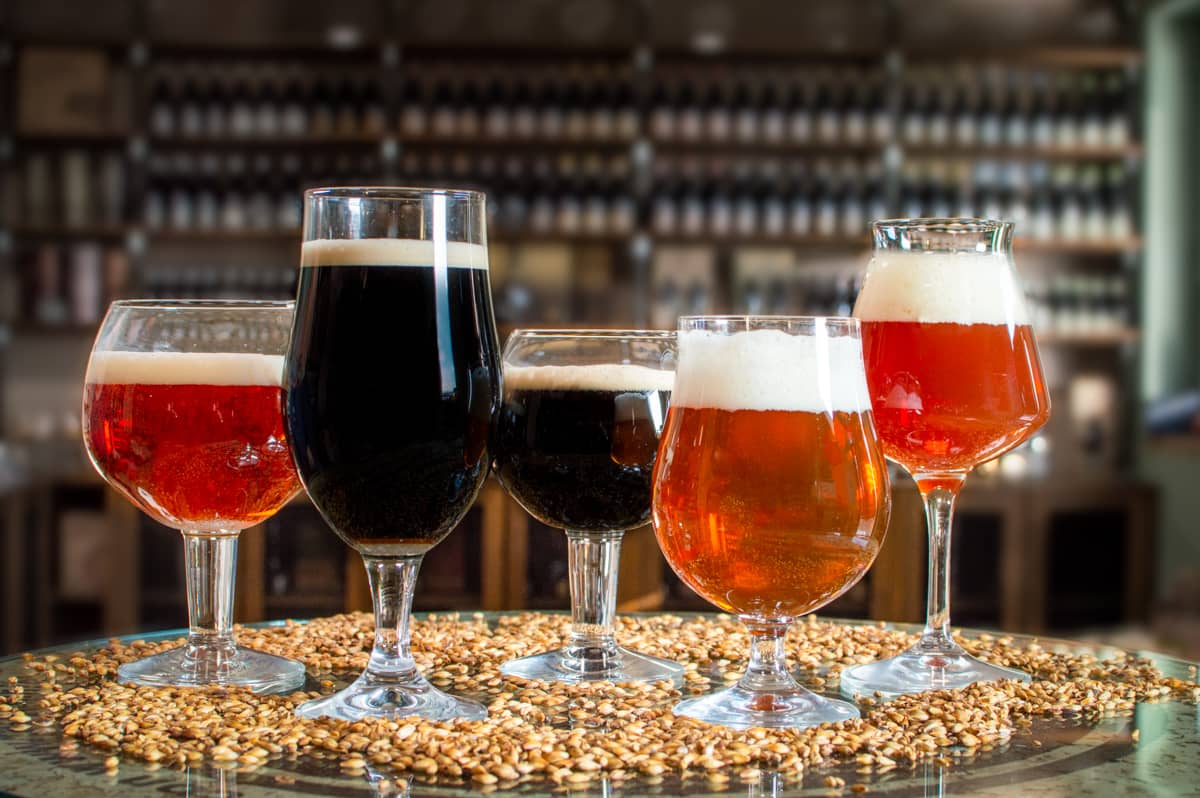 The greatest beer drinkers in the world are the Czech, with over 143 liters per capita every year. However, if we took into account the average alcohol content of the consumed beers, the winners would probably be the Belgians! In comparison with other countries, Belgium prefer rather strong beers and most creations of local breweries belong to the big family of Belgian Strong Ales.

As one might expect, this classification is based on very vague criteria. Generally speaking, Belgian Strong Ales have a rather high alcohol content. To better describe the beers included in this group, the distinction is made between Belgian Golden Strong Ales and Belgian Dark Strong Ales.

The Belgian Strong Ale family, however, can also include some styles that were originally developed by Trappist monks, such as Tripel and Dubbel beers. Although all these types of beer share several common features, each has its own, unique peculiarities. Let’s take a look at them.

In addition to the high alcohol content, all Belgian Strong Ales share other characteristics that are essentially related to the yeast. They are all top fermented beers, where yeasts take central stage with their rich range of esters and phenols.

Also, they all undergo a second fermentation in the bottle and therefore tend to evolve with time. Another common feature is the head, which is generally rich and persistent.

The “pale” version of Belgian Strong Ales appeared on the international beer scene after the First World War, when Belgian breweries tried to respond to the growing popularity of Pilsner beers with new products.

Belgian Golden Strong Ales are complex and delicate at the same time, with fruity aromas (apple, pear, citrus fruit) and a light touch of spices. They are easy to drink despite the alcohol content (7.5%-10.5%), they are normally dry and fairly carbonated.

The “dark” beers in this family elevate the complexity and the alcohol content (8% - 12%). They have a generous head and their color ranges from deep amber to dark brown.

The aromatic profile is dominated by notes of fried fruit and fruit in spirit, chestnut honey and spices (pepper, vanilla). The alcohol makes them smooth and makes them feel like a warm embrace. This group normally includes Trappist Quadrupel beers too, which stand out for their extra dryness.

These are light-colored beers that have some commonalities with Belgian Golden Strong Ales both in terms of color (although they are a bit deeper) and organoleptic features. However, they have a fuller body, a maltier character and an aromatic profile where both esters (yellow flesh fruit, citrus fruit, banana) and phenols (pepper, cloves) are perceived.

The presence of hops is not irrelevant. Although the immediate feel is sweet, they tend to have a decisively dry and pleasantly bitter finish. These features make them amazingly easy to drink, despite the high alcohol content (7.5%-9.5%)

Dubbel beers also originate from Trappist breweries: they date back to the Middle Ages and were rediscovered in the mid-19th century, after the time of Napoleon. They have a deep amber color with red hues and are generally sweet.

They are characterized by a very complex aromatic profile, which  wonderfully combines the aromas of both the malt and yeast.  Notes of caramel, chestnut honey and even chocolate blend with intense fruity notes of plums, dates, sultanas and, sometimes, bananas and apples. Hints of spices can also be felt, such as cloves and pepper. They have a full body and, despite their opulence, are elegant beers. The alcohol content is slightly lower than other Belgian Strong Ales (6% -7.5%).

All in all, we can say that the Belgian Strong Ale family has many nuances, not only in terms of color, but also tastes and aromas.