The Baladin farm brewery was originally created in 1996 as a brewpub (production and bar) in Piozzo - a small village in the Langhe area in the province of Cuneo - by its founder and master brewer Teo Musso. Throughout its evolution, it has moved several times following the changes in its production needs: from a few square meters stolen from the to the larger space in Teo’s parents chicken coop, to the current modern and wide facility at the Baladin Open Garden. All the places that have hosted the brewery have on thing in common: the production area is an open space that welcomes people and tells a story.

All headquarters have always been conceived to spread the knowledge on craft beer and the philosophy that guides the creation of every product developed by Teo Musso. The brewery can be visited from an elevated walkway which takes visitors through several rooms, fitted to explain every step in the production process and convey, with drawings and statements, the many messages that build the world of Baladin. 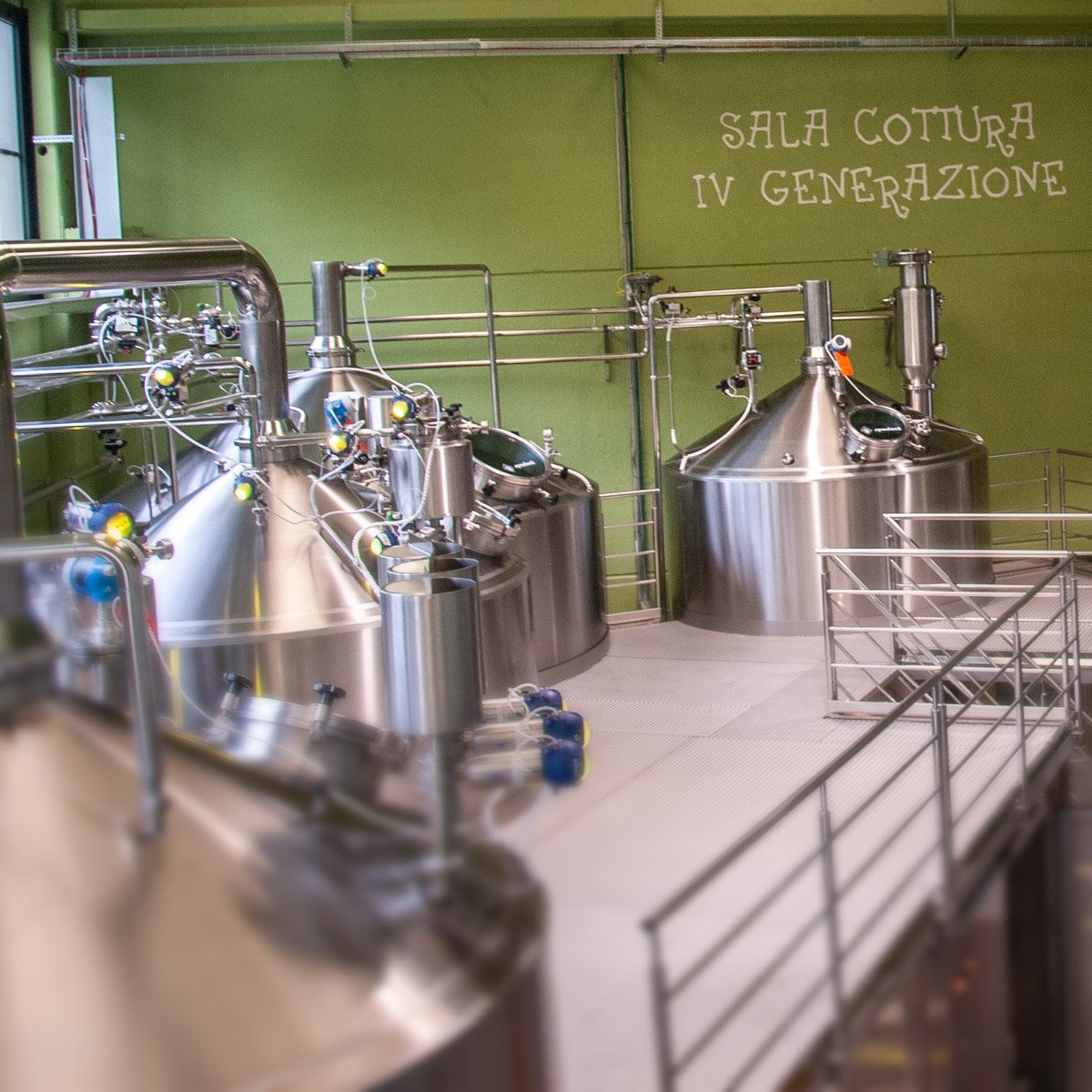 Baladin has a modern production facility with a nominal capacity of 50,000 hectoliters per year. It has been entirely built in Italy by craftsmen who have designed it specifically for so that it fits perfectly the type of beers that we produce. The idea behind the project was the creation of a cutting-edge brewery suited to
craft production, which is characterized by flexibility. It is designed to preserve the integrity of the ingredients, keeping the beer alive, with no pasteurization. The facility can always be visited by the public, including during production, to ensure maximum transparency.

Because Beer is Earth! This motto has always guided the Baladin approach. Explaining that beer is an agricultural product is at the heart of our message. To translate our words into facts, years ago we decided to change how we buy our ingredients. In 2012 we reached a fundamental milestone: We became a farm brewery and we took on responsibility for the entire production chain, starting from the earth and farming the land. The symbol of this process is Nazionale: the first 100% Italian beer made with water from the Maritime Alps, malted barley from Basilicata and Marche, hops from our fields in Piozzo, yeast grown at our laboratory and a few Italian spices. 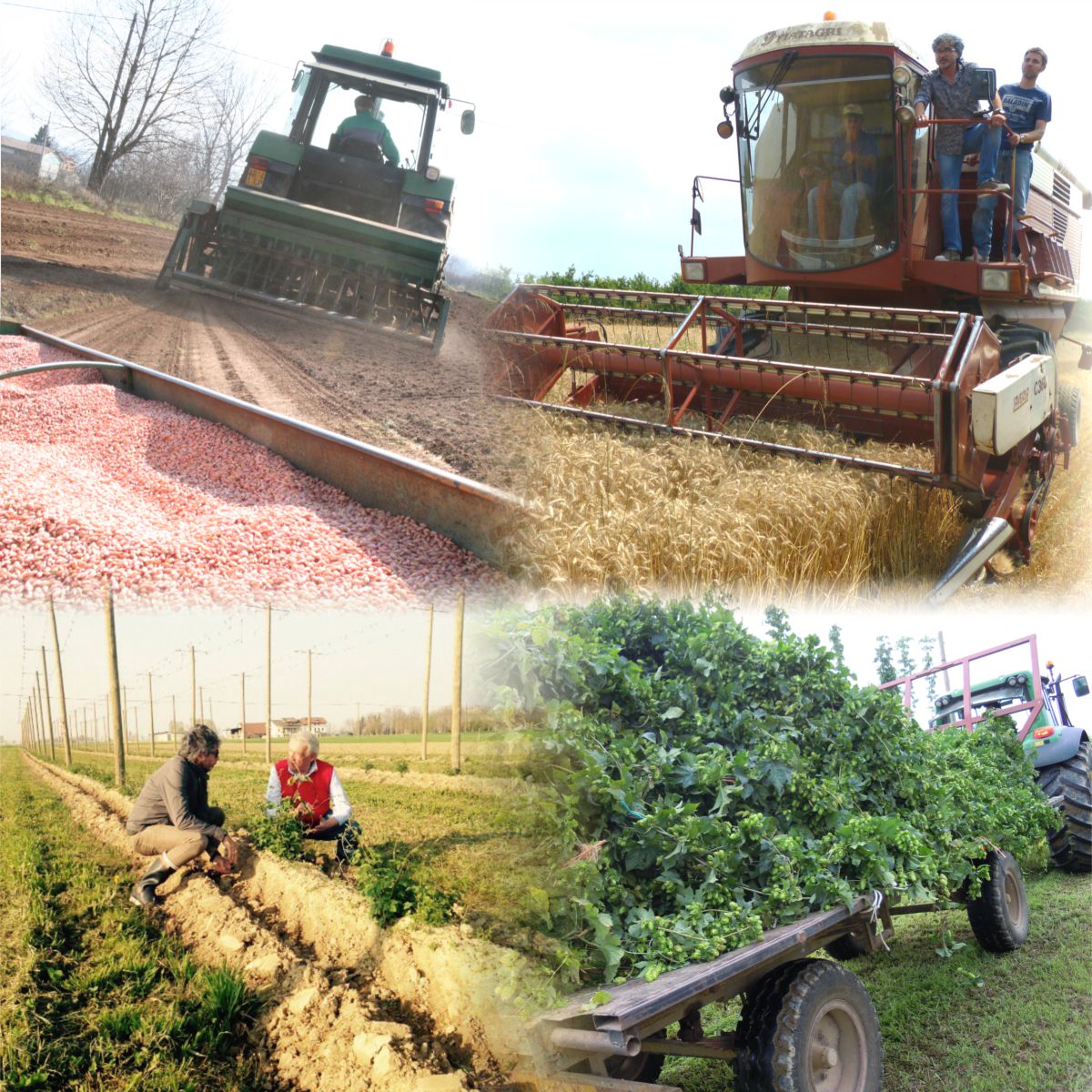 Piozzo is a small village near Cuneo, overlooking the wine-producing Langhe region. How could Teo Musso come up with the idea of making beer and open his brewery here? The people of Piozzo were probably not too surprised. They are down-to-earth people, but also proud and with a strong sense of initiative. Walking around the of the village, you can breathe the spirit of Baladin. Let’s find out more about Piozzo, his traditions, his people and the Baladin places.n.

A complex project such as Baladin needs a motivated group of people who share its path and philosophy. Teo Musso guides an important team, with long-standing members and new young minds who stimulate the exchange of ideas and bring new energy to the Baladin group in its many activities: production, distribution, administration, services. It all started with a bunch of young friends called by Teo in 1986 to give him a hand at the pub. Now, hundreds of people build the  team. We would like you to get to know them all: come and visit us at the brewery or at one of our pubs!

Come and experience Baladin. You can find us in Piozzo, località Valle 25. So, what are you waiting for? Stop by Baladin Brewery: book your visit now by clicking the button down below!