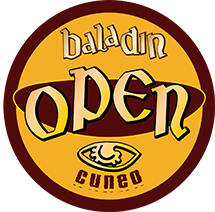 Beer is the core of Baladin Cuneo, which boasts a more than 9 m long bar with 32 taps (including two pumps). In addition to Baladin products, the bar also offers about 100 Italian and international craft beers that change during the year.

Great craft breweries work in the Cuneo area, so a relevant part of the products served at Open Baladin Cuneo comes from local producers.

Open is an innovative project developed by Teo Musso “to shake the world of Italian craft beers. Our Open project, just like the open source approach, is based on sharing” (from “Baladin. La Birra artigianale è tutta colpa di Teo” – Baladin. Craft beer is all Teo’s fault –published by Feltrinelli).

It all began with a beer, called Open, launched in 2008 as the first open source Italian beer.

Its recipe, with the right quantities for homebrewers, was published and made available to all on our website. The idea was to share a recipe that would raise people’s interest and help to spread the culture of Italian craft beer in the entire country.

The Open concept later led to the opening of Open Baladin pubs in Turin, Rome and Cuneo.

They offer a very wide range of carefully selected craft and bottled beers.

Open Baladin Cuneo also contains a special space for all homebrewers: Baladin Open Lab, the first lab for homebrewers created in cooperation with the historical distributor of homebrewing equipment Mr. Maltcon. A system for the production of 50 l of beer is available for all homebrewers who want to get creative with the help of an expert.