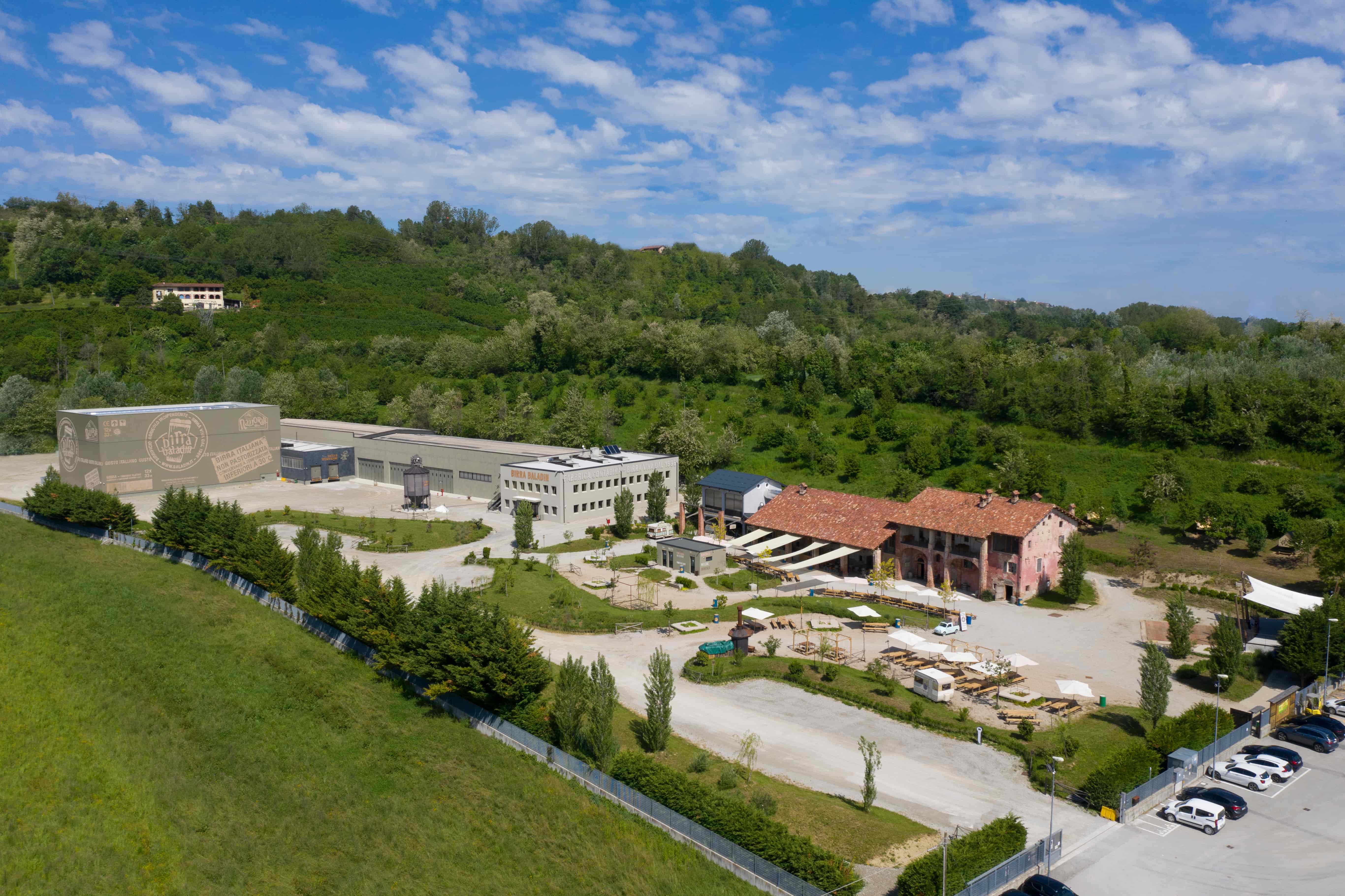 Baladin has always believed in the importance of the Italian agricultural supply chain, which is why it produces its own ingredients and, in January 2012, it became a farm brewery.

For Teo Musso - founder of the Baladin brewery - making Italian beer means, on the one hand, creating unique recipes based on the world-renowned creativity of Italian master brewers, and on the other using, at least in part, ingredients (such as barley) grown in Italy.

From the Earth to Beer. This motto has guided the brewery’s communication through the years, to let Italian consumers understand that beer is a product of nature, just as much as wine. It is therefore essential to carefully select the right ingredients, which also means being able to trace the origin of the end product.

Let’s take a look at the evolution of thought and practical progress started by Teo Musso many years ago, with the intent of becoming personally responsible for the entire production cycle of his beers. Starting, of course, from the earth and creating a short supply chain for his ingredients.

The ultimate goal to be achieved through the production and sale of craft Baladin beers is to support the whole cycle, producing wealth and shared ethical values at the same time, while actively supporting the many families who work in this sector.

In 2006, Teo develops the project of a morally controlled production chain and starts experimenting with the cultivation of cereals (spring two-row barley) on 4 hectares of land in Piozzo.

In 2007 he adds 10 more hectares in the Basilicata - a region chosen for its soil and climate - which then become 25 in 2009 and 68 in 2011. At the moment, Baladin farms 300 hectares, plus the organic spring two-row barley fields in the Marche region. It is currently shifting to organic farming for all its products. Crop rotation ensures the fertility of the soils.

The barley that is sent to the malthouse is spring two-row barley, which is particularly suited for beer brewing. The chosen varieties are Brema and Scarlett. For climate reasons, the fields in Piozzo produce grains that are used raw, such as wheat, barley and rye.

The independent malthouse Agroalimentare Sud in Melfi malts the barley according to the specific requirements of the brewery’s master brewers in terms of transformation of the barley starch during germination, which is necessary to extract the proteins from the grain.

A fundamental step to raise awareness and spread knowledge on Italian beer made with ingredients from an Italian, short supply chain, following the principles of circular economy.

If beer goes From the earth to the glass, all scrap materials are re-used to go back to the earth. The brewers grains (what is left from the processing of cereals) are given to stockbreeders who use them as animal feed, while the washing water is treated and given to the Piozzo water consortium to irrigate the fields.

Nazionale is the first 100% Italian beer. A symbol of the Italian agricultural sector, as well as a milestone in the process of transformation of the Baladin brewery's production. Soon, Baladin will present its full Italian range made only with Italian ingredients (with the exception of some spices).

Hops is a key ingredient in beer production.

Thanks to the cooperation and joint investment with the Institute for Agricultural Studies of Cussanio (Cuneo) and the Tecnogranda company, in 2008 the Baladin farmer brewery started the first experimental cultivation of hops in Italy. The size of the fields was enough for a relevant production of beer.

The hops field in Cussanio (Cuneo) was developed with the aim of creating knowledge and producing enough buds to start the production of a 100% Italian beer.

In 2016, one more hectare was added, a few hundred meters away from the brewery. In 2019 a farmer from Cuneo joined the network of Baladin farms, adding another 5 hectares of hops fields. Another 3 will probably be added in the coming years.

Experimenting means investing in the project to explore all possible techniques or instruments to achieve an Italian sustainable cultivation.

This is the idea behind the Italian Hop Machine, an agricultural machinery created to separate the buds from the plant directly on the field

The ambition of the Baladin farm brewery is to actively contribute to the development of an Italian supply chain related to beer brewing. And it puts all the energy into offering real Made in Italy beer.