A 100% Italian Black IPA with many authors


This is how we make... ITALIAN BLACK IPA

With a slightly hazy deep brown color, Open 2022 has a beige thick head.

The taste has a distinctive, yet not extreme bitter note that comes from the hops and the roasted malt, reminiscent of licorice root. The beer has a light body and a fresh and lightly astringent finish with notes of citrus fruit. 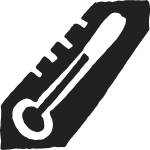 Baladin has been cooperating with the independent, non-for-profit association Mo.BI, which aims at promoting beer culture thanks to the work of its volunteers - tasters, beer lovers and non-professional brewers (homebrewers).

One of the many activities it promotes is the Italian homebrewing championship, which has grown significantly over the years in terms of number of participants and quality of the beers presented. Many master brewers started their career by participating in the competition.

Since 2001 - the first official year of the championship - Baladin has actively contributed by organizing one stage of the competition in Piozzo and rewarding the overall winner with the chance to brew a beer at its brewery.

Many special beers have been brewed over the years. If you would like to read more about them, please visit the “historical beers” section by clicking HERE.

From 2022, the project will be completely renewed to become even more relevant. With the help of the Baladin master brewers, the winner of the Italian championship will create a new recipe for an OPEN beer. For that year and while stocks last, it will represent the Open project (for more info, click HERE).

The beer will be available in cans (a limited edition of a few thousand cans) and casks for Open bars, Selezione Baladin Clubs and the taps of our best customers.

The reference style will be decided on a year by year basis. For this first edition, we’ve decided to dare with a style that is new for Baladin: a Black IPA. In creating the recipe with the three winners of the 2019 (Elia Barozzi), 2020 (Jacopo Deola) and 2021 (Luca Trovato) homebrewing championship, Teo and Palli (an historical Baladin master brewer) have chosen to only use Italian ingredients, starting from the hops.

This first Open beer in the new era of the project has many creators (homebrewers and Baladin master brewers) to make up for the impossibility of having non-professional brewers at the brewery during the restrictions due to the pandemic.

In line with the Open project philosophy, the beer recipe has been publicly published for anyone to replicate it at home. Click HERE to find the recipe.