The Tradition of Spices in all Baladin Beers 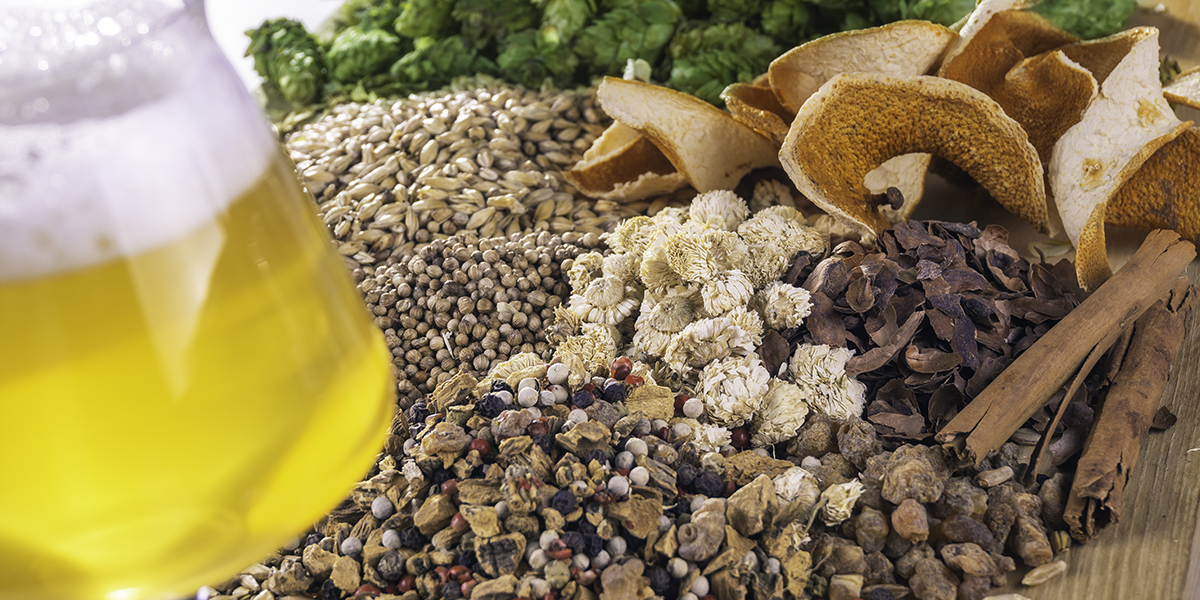 What springs to mind when you think of Baladin beers? There is one element, one distinctive feature, one common thread found in all the recipes of the Baladin brewery, from the now historical Isaac - the firstborn - to the most recent Roxa: spicing.

A consolidated tradition for Baladin, which goes back to ancient beers and, since 1996, has conquered the palate of many craft beer drinkers and lovers with intriguing and unprecedented aromatic bouquets.

This exploration of scents has always been strongly advocated by Teo Musso who, since the very beginning of his experience as a brewer, decided to characterize most of his recipes with spices. Others choose to differentiate their beers with the bitter or tropical notes of hops, an essential ingredient introduced in the 16th century as a natural preservative. For Baladin, however, the role of hops only comes after the more ancient traditions related to spices, such as the use of flowers, resin and roots.

Spices according to Baladin

Today, spices have become a way to tell the world and, at the same time, bring out the best from Italian ingredients. Think of two well-known Baladin beers: Nora and Nazionale. The former is reminiscent of Africa, spiced with the resin of the myrrh plant and ginger; the latter is the first 100% Italian beer, made exclusively with Italian ingredients and flavored with bergamot orange and coriander. Two completely different beers: one inspired by the scents of Egyptian or Moroccan markets, the other dedicated to Italy and its ingredients. In both cases, though, spices are an essential ingredient which rounds off the recipe.

Also, let’s not forget that Belgian beer styles - the same that Baladin has often interpreted since its birth - are strongly characterized by the presence of spices. Wayan, for instance, is a saison made with five cereals and nine different spices, including five different types of pepper. Isaac instead, the renowned Baladin blanche, stands out with its notes of coriander and orange zest.

Among the most aromatic beers, we can’t forget the many versions of Nöel - dedicated to Christmas, flavored with cocoa, coffee and licorice - and Rock’n’Roll, an American Pale Ale interpretation which owes its character to the distinctive peppery aroma. Radicale 158 - a one-off project - is made with wild hops, resins and roots, with the addition of herb bennet, dandelion and great yellow gentian. The experiment is based on old foraging techniques and intends to be provocative: more bitter than a double IPA (Indian Pale Ale), it actually contains only a small quantity of hops.

As you know, Baladin is much more than beer and Teo’s passion for spices has involved other products too, from spicy chocolate bars - perfect to eat while sipping a beer - to his latest great invention: Beermouth, a spirit inspired by the typical vermouth of Piedmont to create a new beer-based tradition.

Who could interpret a distilled drink made with a special mix of spices better than Baladin? Using a new extraction technique that relies on ultrasound and low-temperature vacuum distillation, Baladin has obtained a “beer-based version” of vermouth, which faithfully expresses the aromatic range of the thirteen botanicals used in the original recipe.

Spices are a very distinctive ingredient of Baladin, a brewery that is more and more focused on creating a 100% Italian production and distribution chain and controlling the entire process, from the earth to the bottle. But most spices, as we know, grow abroad.

How can these two aspects coexist? The Baladin farm brewery, one of the pioneers in the cultivation of hops in Italy, and the first producer of a 100% Italian beer, certainly cannot give up its signature ingredients which, although in very small quantities, strongly characterize the beers we all know. When possible, all ingredients are sourced from Italy, especially in the case of citrus zest and coriander, which is also grown in Italy. Some spices, however, have to be imported - myrrh or pepper, for instance. In these cases, Baladin strives to have a direct relationship with the producers, ensuring that their work is respected and that the ingredients are of excellent quality.