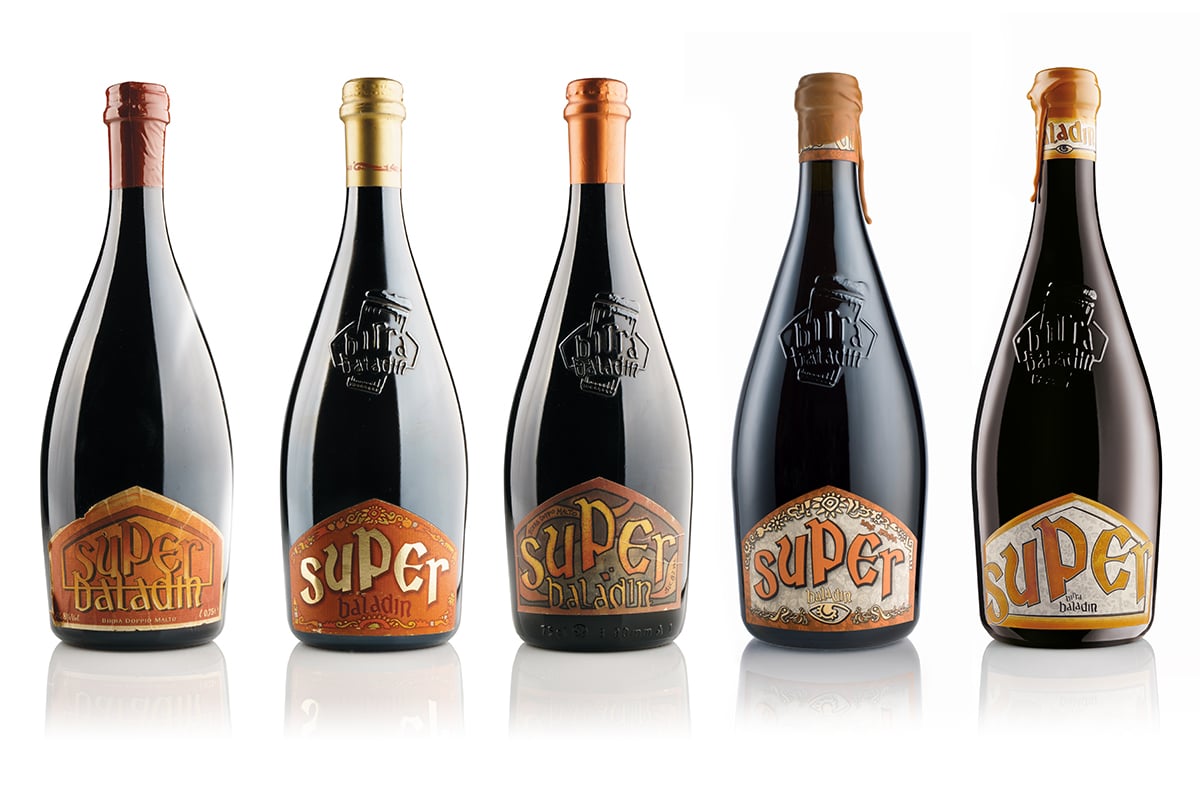 Courage is at the beginning of action, happiness at the end.

Greek philosopher Democritus was the first of many to praise courage as the virtue of new beginnings: without it, it would be impossible to break consolidated habits and patterns, leave what is comforting behind and venture into new territory.

Super, one of the first beers created by Baladin and the first to be bottled, back in February 1997, is a symbol of courage in many ways. The courage to abandon the reassuring routine of a village pub to make craft beer, something that didn’t even exist in Italy at the time. The courage to challenge light and bitter industrial lagers with a powerful, Belgian inspired, predominantly sweet beer. The courage to sell it in an elegant bottle and present it to top restaurants, where beers were banned by a virtual, yet powerful “No entry” sign...

Sipping a glass of Super means looking back at all these and many other stories: the story of its name, which was meant as a good omen for the new adventure; the story of the first Italian craft beer sold in a bottle; the story of its Belgian inspiration - as was the case for all the first beers made in Piozzo - against the unjustified reluctance felt in the world of craft beer of the time.

After patiently removing the shellac seal, the ritual of uncorking a bottle of Super is accompanied by a gentle sound - a sign of its moderate carbonation.

Poured in a tulip, a snifter or, of course, a Teku - the best glass shapes to release all its aromas - Super immediately strikes the eye with its intense copper color with orange hues. It is reminiscent of a late summer sunset, or a lukewarm, yet blessed autumn sun that falls on the first fallen leaves and on the chestnuts ripening on the trees.

A little cloudiness shows that the beer has not been filtered, while the ivory head is fine, discreet, not too persistent.

The nose is initially titillated by a surprising aroma of cola nuts, followed by a pot-pourri of fermentation esters, with rustic ripe pears, dehydrated apricots and citrusy nuances of marmalade, candied zest and orange blossom water.

Just like the color, the first scents also evoke autumn and warm sensation, as do the assertive malty aromas with notes of toffee and fudge.

After a few seconds in the glass, new, astonishing fermentation aromas emerge: distinctive scents of red fruit - between sour cherry in syrup and strawberry candies - bring to mind the crazy, unforgettable beers of the Walloon countryside that Teo Musso certainly holds dear. These are followed by notes of dates and black figs stuffed with almonds. Finally, the raising temperature brings out a light touch of allspice, a detail that would not be appreciated if the beer was erroneously served ice-cold.

The ideal temperature to let Super express its full potential ranges between 10°C and 14°C. The sip is gently carbonated, as suggested by the noise it makes when it’s uncorked. The body is rather full and the high residual sugars support tastes that are consistent with the scents: cola, candied citrus fruit, fresh walnut husk, dried dates and figs are felt on the tongue, while the palate is seduced by the memory of good old malt candies.

The distinctive and unquestionable prevalence of sweet tastes is not cloying at all, thanks to the balancing action of a subtle, yet clearly perceivable final bitterness with hints of gentian and licorice root.

Super is a product of the Langhe region. It is maybe inevitable that - instead of the dryness that is typical of the Flemish flatlands - it evokes Wallonia and the Ardennes: gently rolling wooded hills that can be explored on foot or by bicycle before enjoying a glass of copper-colored, full and hefty beer, while gazing at the trees that turn the same color.