Spices in beers? Sure, characteristic of Saison Beers!

The idea of beer made with the addition of spices is very distant from the image we normally have of our beloved drink. However, the history of beer-brewing shows not only that there are styles involving the addition of specific spices, but that the use of spices can be found in the first evidence we have of fermented alcoholic drinks made from cereals - the forefathers of modern beers. In other words, beer originally developed as a spiced drink and this ancestral habit has survived until today - centuries later - in many different forms.

Spices in the history of brewing

Adding spices to beer has many different functions. First of all, it’s a matter of taste: spices give special aromas, enriching the aromatic profile of a beer with unusual and interesting notes. In some cases, this has been instrumental. It is widely known that, in the Middle Ages, brewers used spices - sometimes generously - to “cover” any off flavors in their creations (such as acidic or rancid notes) . Secondly, some spices were believed to have strong curative powers. Even in recent times, doctors would prescribe spiced beers, possibly hot, as a remedy for some specific diseases.

The use of spices in beer brewing survived the Middle Ages, when the use of hops as a flavoring and preserving ingredient consolidated. In fact, it intensified in the modern age, when overseas explorations gave access to exotic spices that where unknown of in Europe. Their use quickly spread among the breweries of the Old Continent. The success of the Hanseatic League promoted similar habits and the use of spices in many northern European countries, particularly in Belgium.

It is not by chance that Belgium, more than any other country, has preserved the tradition of adding spices to beer. Belgian brewers use herbs, alternative grains and many different spices in their recipes, but often only reveal very little about the additional ingredients they’ve chosen. Some styles use spices by definition: one of the most classic examples are Blanche beers (made with coriander and bitter orange zest), however Saisons are the beers that best express the potential of spices.

Even if some maintain the view that no additional ingredients should be used when making a Saison (the benchmark for this approach is the legendary Saison Dupont), many Belgian brewers find it absolutely acceptable to use spices in Saison beers. The reason can be found in the very origin of this style. Saisons were developed at Belgian farms, and were made with whatever ingredients were available. In addition to barley malt, Saisons were - and still are - made with additional grains, as well as with more or less readily available spices.

What are the most common spices used in international beer brewing?

In no way is this an exhaustive list, but we can certainly mention allspice, aniseed (for added bitterness, too), bay leaves (used also as a natural preservative), cumin, cardamom (to be used sparingly), citrus zest, cloves (powerful aroma), dill, fennel seeds, ginger (very aromatic), grains of paradise, juniper (used in Finnish Sahti), licorice, nutmeg, parsley, pepper, saffron (distinctive flavor) and vanilla. Many are typically used in Kerstbier and, in general, in beers made for the Christmas season.

Are spices only used in Blanche, Saison and Christmas beers?

Of course not. Brewers have a lot of freedom in creating their beers. They can start from an existing style and customize it according to their taste, using additional ingredients. The addition of spices to American Amber Ales, for instance, led to the success of Pumpkin Beers, made by US breweries for Halloween and reminiscent of the famous pumpkin cakes.

So-called Pastry Stouts are a very recent development: they are Imperial Stouts with special ingredients (vanilla, cocoa, chocolate, etc.) that bring back the taste of cakes and pastries. The possibilities are endless. Although the use of spices may sound like a heresy in some very traditional styles (Bitter, or Pils), no beer types are really immune from this habit. And often the outcome is very interesting. 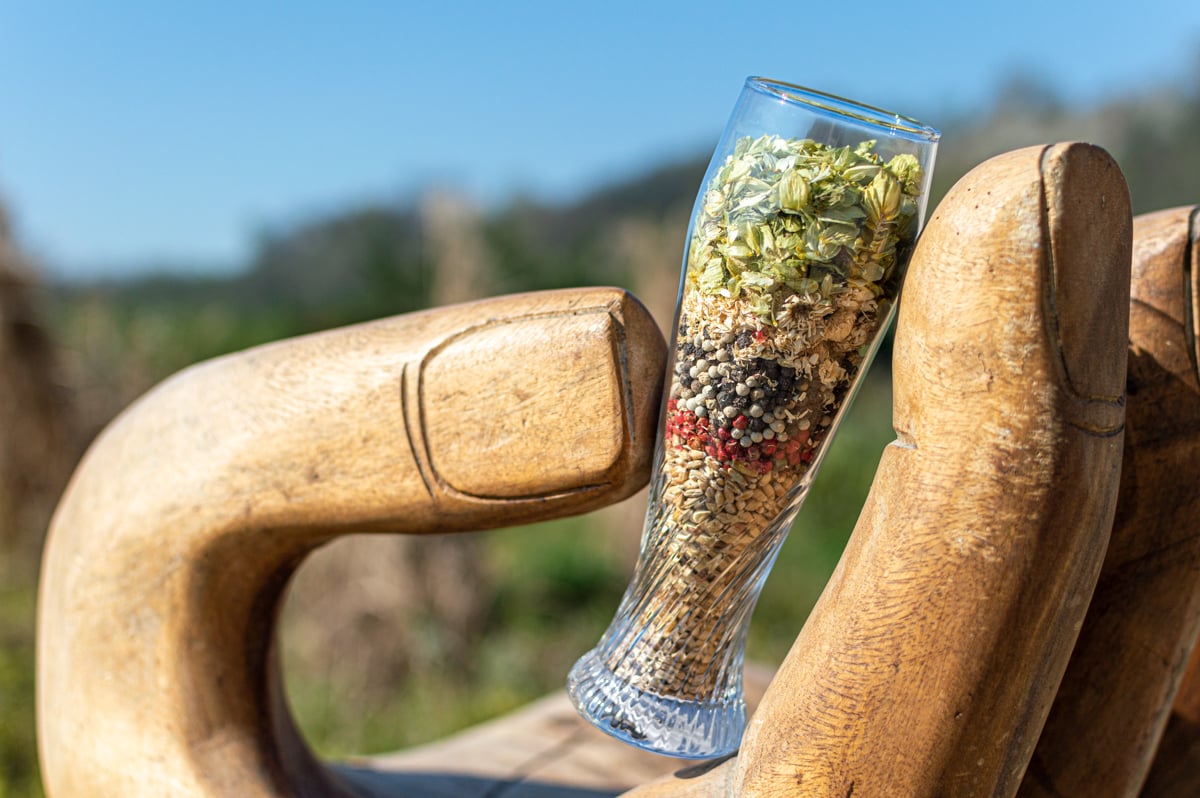 The characteristics of the style, the history and ingredients of Saison beers