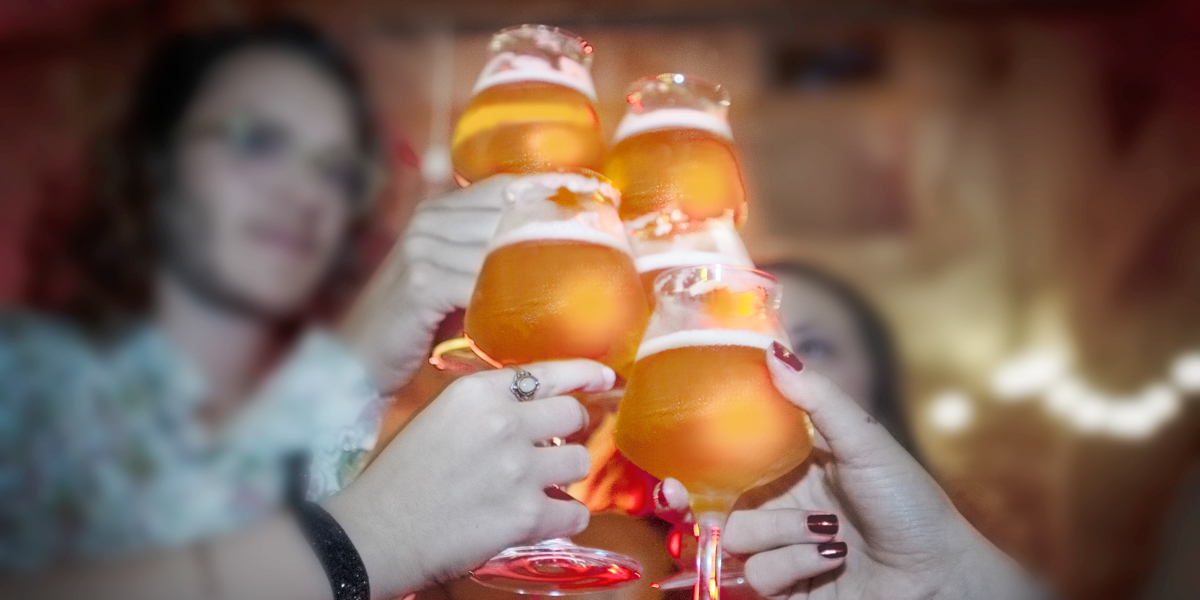 The Craft Beer revolution is one of the most important cultural phenomena of the last forty years. Its international reach meant that countries that were not traditionally connected to this drink could also find their place on the market.

In addition to historical beer superpowers like Germany, the United Kingdom and Belgium, other very interesting countries are rising. They have been able to gain recognition in the sector in relatively short times. In this context, Italy is rightly considered as one of the most important emerging countries of all. In just a few years, it has obtained the favor of many foreign observers thanks to a very lively beer scene which often offers unrivalled quality.

The origins of the movement

1996 is now commonly believed to be the birth year of the Italian craft beer movement. It is a symbolic year, as many microbreweries had already opened a few months before: Beba in Villar Perosa (TO), Turbacci in Mentana (RM), Centrale della Birra in Cremona and Vecchio Birraio near Padua. But 1996 was the year when three producers who would deeply influence the evolution of the sector were founded: Baladin in Piozzo (CN), Birrificio Italiano in Lurago Marinone (CO) and Birrificio Lambrate in Milan. The importance of these three breweries has remained unchanged after more than twenty years. They are still considered as a benchmark in the sector and appreciated for their excellent quality.

The first experimental craft brewery actually dates back to the ‘80s: in 1985, Peppino Esposito opened his tiny St. Josef’s in Sorrento, but it didn’t last long. It was an isolated and unique experience at the time. It anticipated a trend ahead of times, when the concept of craft beer was completely unknown in Italy.

The trait that immediately characterized the Italian scene was the absence of a previous beer tradition. This peculiarity - shared by all emerging breweries - has proven to be a double-edged sword. On the one hand, it has allowed Italian brewers to experiment freely, as they are not constrained by rooted, century-old production habits. On the other, though, it required a long “running-in” period to acquire the right skills and move with awareness among the different beer styles. With the exception of some virtuous cases, the average quality of the beer made in the first years was quite unsatisfactory. However, year after year, the quality has improved and the situation is now very different.

According to Unionbirrai, Italy now has about 700 craft breweries and 300 beer firms, i.e. brands which do not have their own production facility. This is a very high number and is the result of the many new openings, especially in the early 2010’s Between 2010 and 2016 the total number of breweries more than tripled, growing from 270 to 927. The pace has significantly slowed down in the last two years (but still with a positive balance), which is a rather physiological process. Italy, by the way, is still the country with the lowest per capita beer consumption in Europe.

For the reasons described above, Italian brewers are considered among the most creative in the world. Over time, this has led to the development of some very specific production trends, often presented as actual Italian beer styles.

During the first years of life of the movement, for instance, chestnut beers became very popular. Virtually every brewery had its own version, developed with different techniques. Chestnut flour, roasted chestnuts, chestnut honey and whole, dried chestnuts were all used. The fashion lasted a few years, and was rapidly replaced by more palatable styles for the wider public.

In 2015, the international BJCP (Beer Judge Certification Program) formally acknowledged the first Italian beer style (almost a style), called Italian Grape Ale. The name identifies beers made with grapes, used both as fruit and - more often - as must. In other words, it is the missing link between the world of beer and the world of wine and it is quite intuitive to understand why it has been associated to our country.

Italy is rapidly growing and relatively young beer producing nation. In little more than twenty years it has been able to develop a dynamic and intriguing scene starting from a barren beer landscape, and has now become quite interesting for all beer lovers in the world. The future is brighter than ever.