The gluten-free beer market is certainly one of the fastest growing niches and dozens of products launched in recent years by industrial and craft breweries belong to this category.

The term “gluten-free” is used to refer to very different types of beer. What they have in common is that they can be consumed by people who suffer from celiac disease or are intolerant to gluten. The differences lie mainly in the choices behind their production. We can find beers made with alternative grains instead of barley malt (rice, corn, pseudo-grains, etc.) or standard beers whose gluten content is kept below the minimum tolerance level.

The former – the only, truly gluten-free beers – are a family of its own and can hardly be ascribed to beer styles as we know them. The latter, instead, require some “adjustments” during the brewing process, but other than that they are the same as standard beers - including their taste - and are the most rewarding for those who cannot eat gluten. Can these adjustments be applied to all beer styles? Are there any styles that are better suited to for this category of beers?

To answer these questions, we must first make another distinction. Low-gluten beers can achieve their goal in different ways: some are considered natural methods; others require the use of deglutinated grains or enzymes which reduce the percentage of gluten. But, by definition, this is contrast with the ethics and philosophy of many craft breweries.  In light of this, the two questions we asked before become particularly relevant, because breweries that choose the most genuine approach have very limited room for maneuver.

Generally speaking, low-alcohol beers are more easily suited to this kind of production process. We will rarely find “strong” styles with a low gluten content, such as Barley Wines, Doppelbocks or Imperial Stouts. A very common approach to reduce the concentration of the protein complex is to replace part of the barley malt with naturally gluten-free grains, such as rice or corn. For this reason, we shall also exclude those styles that, by definition, require a high percentage of alternative grains which do contain gluten. This is the case, for instance, of Weizen, Blanche, American Wheat beers and other less common styles (Gose, Berliner Weisse, White IPAs, etc.). At the same time, we also find styles where the addition of alternative grains (or completely different ingredients which provide fermentable sugars) is not a heresy, and are therefore ideal to reduce the quantity of gluten. These include, among many other examples, Blonde Ales, some modern Pale Ales, chestnut or pumpkin ales.

What is the brewing process?

One of the most useful tricks to reduce the gluten content in beer is using a long maturation time. The heaviest particles (including proteins) can sink to the bottom and the product can be clarified. For this reason, many bottom-fermented beers - especially if they have a low alcohol content - can be consumed by people who suffer from celiac disease or people who are intolerant to gluten. These beers go through a lagering phase: this is a long cold maturation period which promotes the process described above. Of course, this is also true for all top-fermented beers that follow the same production process, such as old Kölsch from Cologne.

There are different ways to make gluten-free or low-gluten beers, but wondering what beers styles are better suited to obtain this result only makes sense in some specific cases. First of all, we must exclude all 100% gluten-free beers, as they cannot be ascribed to any traditional beer style.

Secondly, we must also exclude those beers made with deglutinated malt or enzymes during the brewing process, as they are very far from a certain way of interpreting craft beer, and because they make the initial question less relevant than one might think.

The last option is to go for beers that are naturally characterized by a low gluten content, which means that some style are better suited to the adjustments that breweries need to make to obtain low-gluten beers. In future, these adjustments and tricks are certainly going to improve, as breweries are showing a growing interest for low-gluten beers. 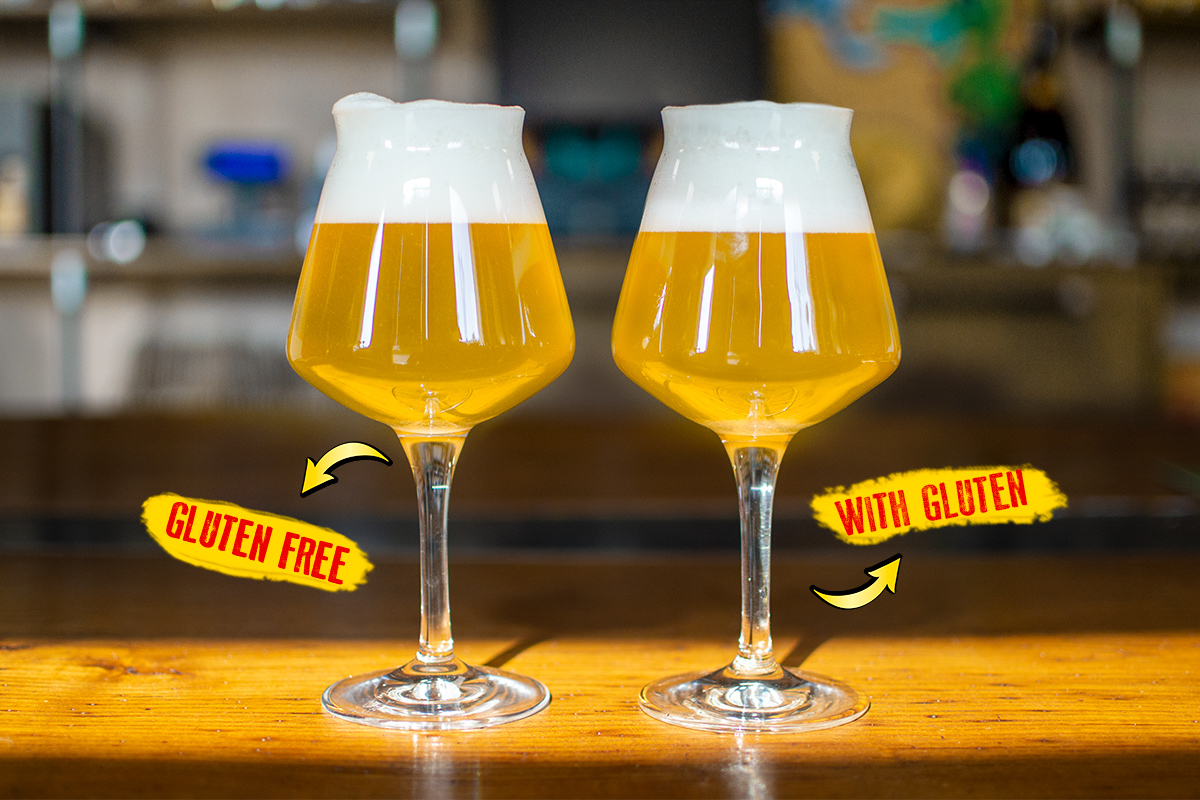