Because Beer is Earth! The Making of a Baladin Craft Beer 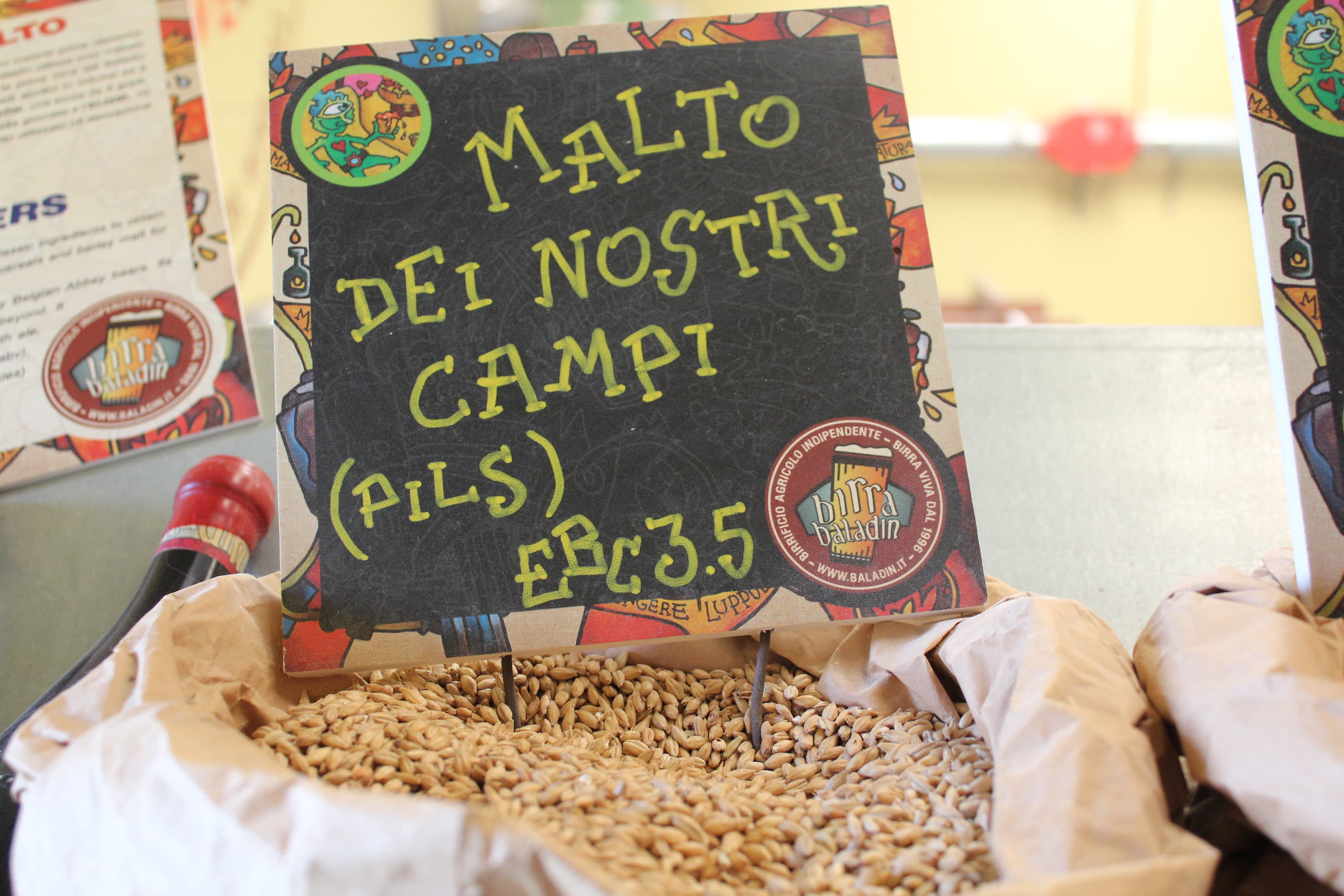 Because beer is earth is the slogan written among our fermenters, right in the middle of our Baladin Open Garden in Piozzo.

We have been cherishing this belief for over thirty years, since Teo Musso opened the first Italian brewpub in 1986, turning his small village near Cuneo into an unmissable destination for all craft beer lovers. Only ten years later Birra Baladin was born - a pioneer which paved the way for other microbreweries in Italy. It was only a small facility in Teo’s parents’ garage in the Langhe region: a land of wines, truffles and good gastronomy.

In the past two years, this connection with the earth has become a tangible reality thanks to our highly automated brewery which, first and foremost, is a farm that controls its entire supply chain - from the hops to the pint. The Baladin farm brewery, officially opened in 2016 in the wide spaces of Baladin Open Garden, is one of the largest Italian craft breweries. The production facility has a capacity of 50 hectoliters and produces about 27,000 hectoliters of beer per year (2018 data), with a prospective capacity of 50,0000 hectoliters/year.

According to Italian law, craft breweries cannot produce more than 200,000 hectoliters per year. This is one of the three requirements for Italian craft beer stated in the law that regulates the sector since 2016. A brewery must also be independent from other beer producers, and craft beer cannot be microfiltered or pasteurized.

Increasing production volumes, however, is only a secondary goal. The priority is to reach full autonomy for the Baladin agricultural supply chain, which we hope we can attain by 2022. With the exclusion of spices, of course. They have always been a distinctive ingredient of Baladin craft beers, and will continue to be imported from their countries of origin. Otherwise, our goal is to obtain a 100% Italian (as is the case for Nazionale, the symbol of this philosophy), as well as entirely self-managed supply chain. In most cases, this has already been achieved: we currently produce 85% of the ingredients for our beers. We farm 400 hectares of barley fields in Piedmont, Basilicata and Marche, and we invest heavily in research on our ingredients. This is particularly true for hops, grown in Piozzo, a few hundred meters away from the brewery, and in the experimental fields in Cussanio, near Cuneo.

In Italy, it is not so common to find beers that are produced with a short supply chain. Often, malt and hops are imported, as craft beer production is a very recent phenomenon. We try to actively contribute to the development of the cultivation of hops in Italy. One example is our Baladin Hop Machine, a machine to harvest ripe hops. Designed with the cooperation of Teo Musso, it optimizes harvest times and, as a consequence, the quality of the flowers that are later used in beer production.

There is one important ingredient that should not be overlooked, as it accounts for 90% of beer: water. Ours comes from natural springs found in the Open Garden property in Piozzo.

The distance to the brewhouse is very short: come and visit the Baladin brewery on Sundays and you will see it by yourself! Walking on an elevated walkway, you will cross the room where cereals are crushed (barley malt, raw wheat, rye from our fields) and finally reach the large 5,000 liter facility. It uses modern technologies to make the most of the ingredients, the work of our master brewers, the quality of the wort. Thanks to its level of automation, it ensures significant energy savings, as well as shorter processing times.

The production of Baladin beers

Following the production process, we reach the fermentation cellar, where 12 large, 200-hectoliter vessels host the most popular Baladin beers: Isaac and Super, for example. Special beers, instead, rest in smaller fermenters: 8 100-hectoliter and 4 50-hectoliter vessels. Our barley wines - the precious Xyauyù by Teo Musso - age in wooden barrels located in the aging cellar. Here, we find large 100-hectoliter barrels and smaller 300-liter barriques, used for long aging periods and a few experiments.

In front of the cellar, we have the bottling plant and the beer canning system (used for Pop, for instance). We are able to bottle 10,000 units per hour but, more importantly, the technologies we use minimize the risk of contamination of our products, which of course are not pasteurized. Next to this area, we find the automatic refermentation and storage warehouse. This is not just a logistics center, but is an integral part of the production process. The different temperature-controlled areas create the right conditions to complete the secondary fermentation process in ideal environmental conditions, thus ensuring the quality of the process.

But the Baladin supply chain would not be complete without distribution: this is managed directly through Selezione Baladin and a network of pubs and bars that serve food and our beers.