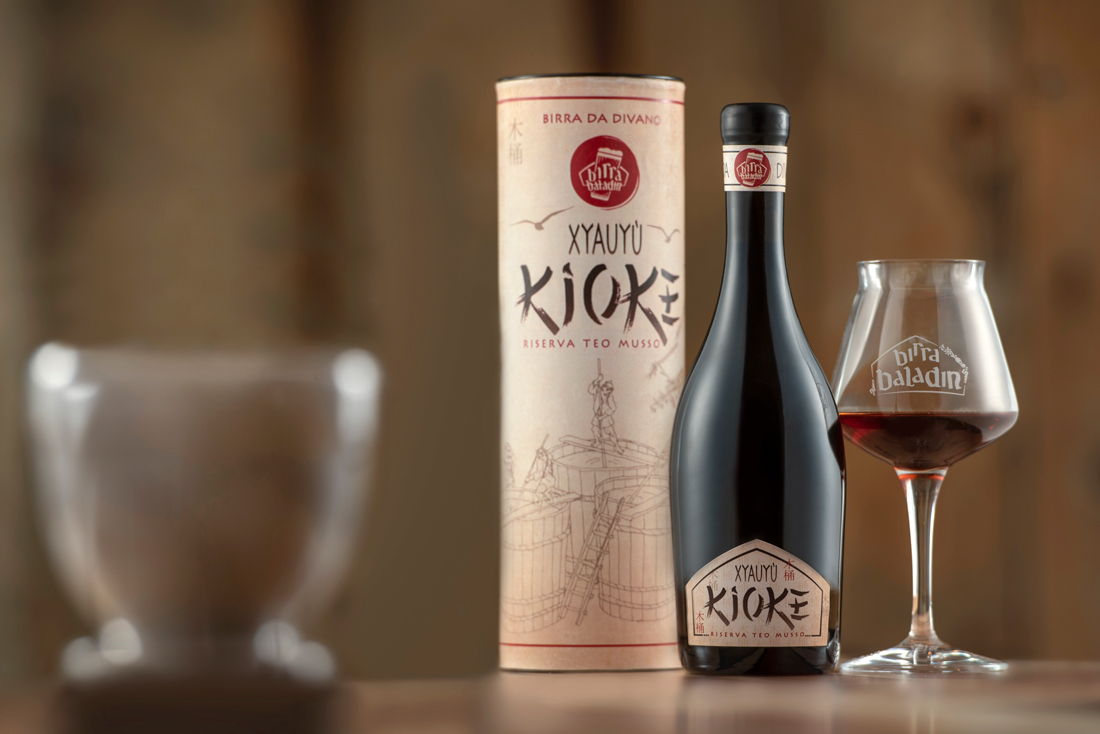 Each craft beer has a story to tell. Some have a more intriguing one, like Xyauyù by Baladin. Xyauyù Kioke takes things to the next level and tells a story that comes from the far East and lands in the Langhe. A cross between distant and different cultures, which share the same passion, craftsmanship, respect for traditions, as well as vision and hope for the future.

The Kioke is a Japanese barrel. It is 1,8 meter high and has a capacity of 3,000 liters; it is normally used for the fermentation of soy sauce. The top is open, and it is made with cypress wood planks, held together by woven bamboo hoops.

Making craft soy sauce is an endangered art in Japan: currently, 99% of this product is fermented in steel vessels. Yasuo Yamamoto is helping to safeguard the tradition and has become a cooper, in addition to being a soy sauce producer, in the hope that other colleagues will follow his lead.

A new Kioke barrel, never used for the fermentation of soy, landed in Italy for Expo 2015 in Milan. When the time came for it to fly back to Japan, Teo Musso was asked to think about using it for one of his beers. After he found out about its story, it was an easy decision.

Xyauyù beers are a small masterpiece - given the size of the bottle and the quantities that are produced - of the Solera method applied to brewing. After an extreme oxidation process and one year and a half of aging, they can be bottled or further aged in Caroni rum or peaty Scottish whisky barrels. One version of Xyauyù includes, instead, the addition of Kentucky tobacco. A crazy and equally intriguing and gratifying beer.

Xyauyù Kioke is created in Piozzo, at the meeting point between the far East and the West. The wood of the barrels where some of the Xyauyù beers are aged only releases scents and aromas, but the primary tastes (sweet, salty, bitter...) remain the same. Only the perception and aftertaste change. For instance, the Barrel has the typical smooth and liquorish finish of rum, while the finish of Fumè has persistent smoky and earthy notes of peat.

Kioke is different. Its scents have something oriental to them, with resins and other woody notes that we are not used to - as we mainly use oak. But the real surprise comes when you sip it: a certain acidic taste and a moderate astringency in the finish emphasize the enveloping alcoholic warmth and, at the same time, make it disappear quickly. It is amazing how the eastern soul of this product finds its way to the glass.

Kioke goes beyond the concept of beer. It is a connection between Japan and Italy, between the art of brewing and of traditional soy sauce. Each sip is a small way to contribute to the revival of the use of Kioke barrels, keep the tradition alive and help Yasuo Yamamoto’s project.

Xyauyù Kioke is already a very intriguing beer, but it will certainly give great satisfaction after a long bottle aging.