The boundless international beer-making culture includes some styles that use spices by definition. The most renowned spiced beers are probably Belgian Blanches: wheat beers made with the addition of coriander and orange zest. But there are many other examples. Coffee Stouts (with coffee), Gose (with salt and coriander), Italian Grape Ales (with grapes or, more commonly, with grape must).

Beyond the definitions of consolidated styles, we also find a beer family that is associated to a particular time of the year, but gives brewers the freedom to choose their favorite spices: Christmas beers (or Kerstbier in Flemish). This category of beers has very flexible boundaries and normally only requires a certain connection to the winter festivities. The goal is usually (though not always) obtained in two ways: a high alcohol content, to feel warmer during the coldest months of the year, and the use of spices that are typically used in winter and especially at Christmas.

The use of a generous mix of spices is a typical trait of Kerstbier from Belgium, a benchmark for many Christmas beers found in the rest of the world. In general, Christmas beers are rather alcoholic and their aromatic profile is dominated by spices.

If terms of individual ingredients, the possibilities are endless. Two of the most widely used ingredients in Christmas beers are cinnamon and ginger, typically used in many Christmas cakes and in the typical gingerbread man biscuits. For the same reason, we also find a lot of chocolate, vanilla, orange zest, cardamom, licorice, as well as many other food products associated to the festive season. Let’s take a look at the most commonly used spices in Christmas beers.

Cinnamon is one of the oldest spices used by man. It is obtained from the cinnamon tree from Sri Lanka and was already used by ancient Egyptians for the embalming process. It has a dry and pungent aroma with a peppery note and is widely used in the kitchen: in Europe, it is used to make sweets and cakes, in Eastern countries it is also used in savory dishes.

In the first half of the 17th century, the Dutch became the main importers of cinnamon to the Old Continent. It is easy to see why it is commonly used in Belgian (Christmas) beers.

Cinnamon can be tricky in beer-making, as it must be used sparingly. Too much cinnamon would spoil the harmony of the beer, adding an unpleasant note of tannins at the end of the sip.

The use of cocoa in Christmas beers is a recent habit and we hardly find it in classic Belgian Kerstbier. Cocoa offers many organoleptic and commercial benefits, as it is an ingredient that most people are familiar with, its taste is very much appreciated and it goes well with the “dark” tones of some Christmas beers. Also, cocoa is often found in many typical Christmas cakes.

It can be found on the market under many forms, and they can all be used to make beer, with a few cautions. Cocoa beans can be crushed and added to the grist with malts; pure cocoa can be added during the mashing or boiling stages; chocolate bars (with no butter) can be added during the boiling stage, when the oils they contain evaporate more easily.

Vanilla is one of the most widely used spices in the world. It is obtained from the pods (fruit) of the vanilla orchid from Mexico. For many centuries (until the mid-19th century), all attempts to reproduce the plant away from its natural habitat failed.

Now it is one of the most commonly used ingredients in the world food industry, but it is also exploited by the cosmetics and personal care sectors. In beer-making, vanilla pods or vanilla extract can be used. Artificial aromas, instead, should be avoided.

A plant extract obtained from the boiled root of the licorice plant, licorice is rarely used in beer-making. However, it very suited for beers that are meant to age, and therefore for many Christmas creations.

It must be used sparingly and possibly not during the boiling stage, or it might give an unpleasantly bitter taste. If properly used, it can amplify and bring out all the aromatic richness of a beer. 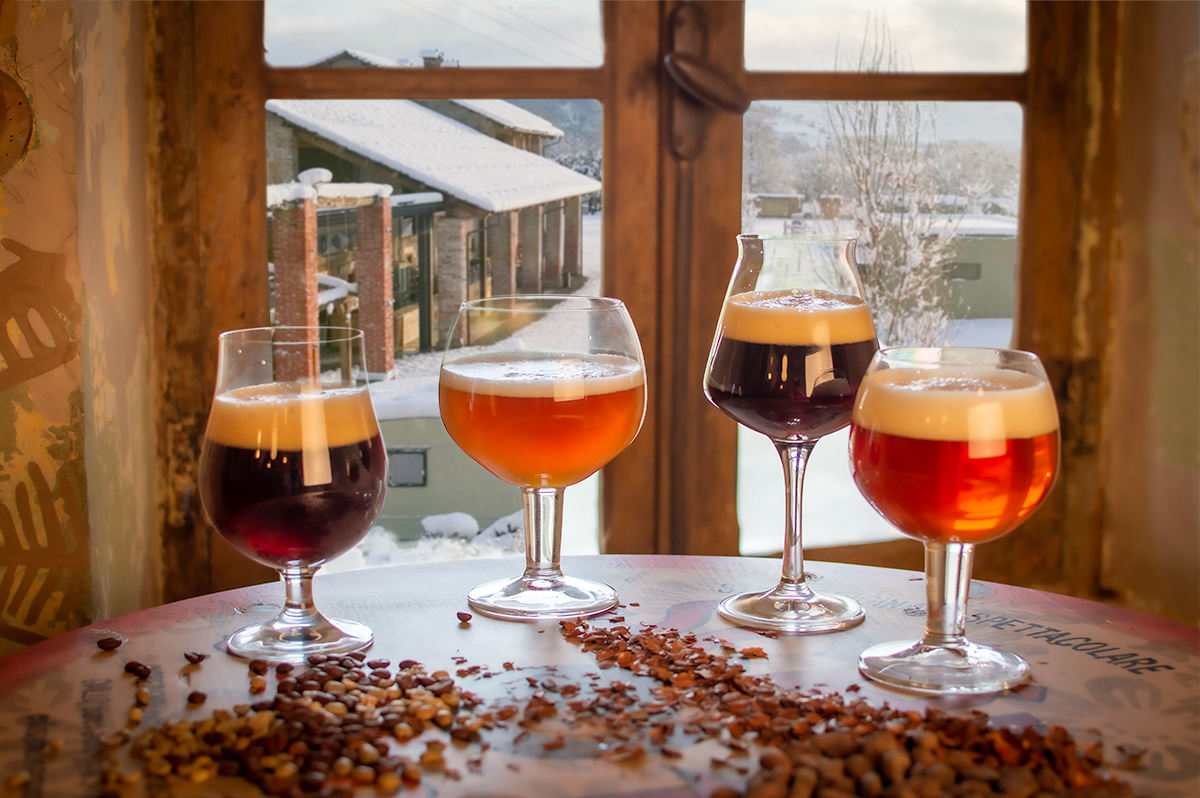